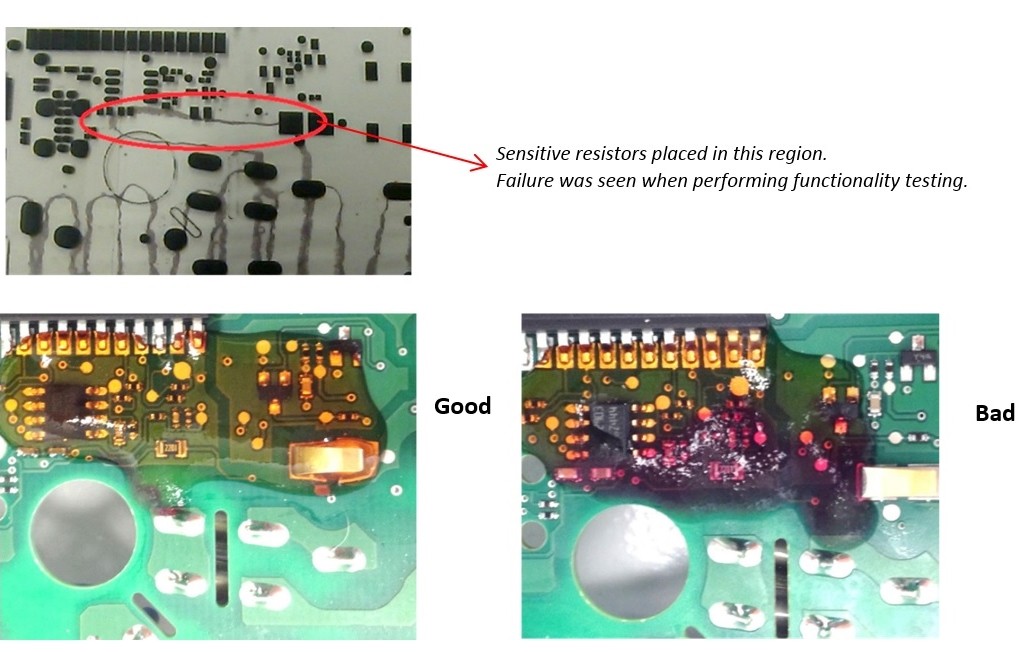 Due to a process change in PCBA production the flux dispenser was not consistent in flux spraying at the positions undergoing selective wave soldering. When performing a simple Residues RAT test a clear red coloration was seen. It is indicating that active flux residues are present on the PCBA and in so high quantities that it will result in leakage currents and electrochemical migration is likely to happen.

The area where flux was inconsistently dispensed contained several sensitive resistors. The flux residues caused leakage currents in this part of the electrical circuit when functionality testing the complete device under elevated temperature and humidity conditions. At this stage, several thousand of PCBA´s had already been produced, coated and finally encapsulated ready for sale – the products were only for scrap!

If quality control with Residues RAT would have been implemented as a requirement for any process change happening during production the inconsistent spraying would have revealed itself instantly.